Feburary Exhibitions and Calls for Submissions

XPACE will host its first round of openings in the NEW SPACE at 303 Landsdowne Ave this Friday, February 1rst! Drinks and snacks will be provided, artists and curators will be in attendance!

Below is information about the exhibition, along with short blurbs about the participating artists!

MAIN SPACE
The Archivists
Curated by: Cameron Lee
Artists:Melissa Fisher, Felix Kalmenson, Zoe Solomon
In The Archivists, artists Felix Kalmenson, Zoe Solomon, and Melissa Fisher collect and arrange materials from their everyday activities: visiting the library, reading the daily news and recycling. These activities are repeated, forming a ritualized process. Solomon compulsively saves her library withdrawal slips, forming an on-going narrative or documentary portrait of the artist as researcher. Fisher composes symmetrical site-specific installations, using collected materials and materials from previous installations, composing, photographing and reproducing them as printed motifs on fabric in an endless process of self-reflexivity. Finally, Kalmenson’s computer installation prints various daily newspaper editorials on a looped surface, with each proceeding set of text overlapping the previous. Kalmenson’s layered text renders the pointed content of each article as a singular, conflicted band of visual noise.
WINDOW SPACE
Façade
February 1- March 1
Artist: Janine Miedzik
Janine Miedzik’s Façade acts as a veneer over the white interior of the window space. Using a material approach that embodies the artificiality and impermanence of a Potemkin Village (the Russian minister’s attempt at deceptive temporary cloak of prosperity to cover the effects of drought), the decal is created out of large sections of masking and duct tape, materials commonly used for temporary repair.
Miedzik work responds to architectural space and considers our interactions with it–the shifting face of neighborhoods, and the renovation and gentrification that accompany our migrations.
PROJECT SPACE
Makeshift Music
February 1- February 23
Artist: Kate Szabo
Makeshift Music is a collection of interactive sculptures that requires viewer participation. Each sculpture is constructed using reused and recycled materials that have been put together to create objects that produce sound. The work is meant to directly involve the audience to achieve a performative experience unique to each viewer’s interaction with the piece as well as others in the gallery space around them.
EXTERNAL SPACE (ongoing)
o, i’m lisa
January 15- February 12, 2013
Artist: Lisa Folkerson
Curated by Jennifer Simaitis
o i’m lisa is a conjoined video about “Lisa”. It features the artist’s best friend and sister styled as the artist’s avatar in an attempt to embody and present an accurate portrait of the artist. o i’m lisa reflects on the value of self or existing as a person in the experience of other people. The video is rendered through the essential memories and details of the artist’s intimate relationships.
ARTIST PROFILES

Melissa Fisher
Melissa Fisher graduated from OCAD in 2008 with a BFA in Sculpture/Installation. Having shown work in 2006 in the group exhibitions Wall + Paper II, Observance, and Longer, Fuller Lashes, in addition to a solo exhibition, What Goes Around Comes Around in the Window Space this is Melissa’s fifth time showing work at XPACE. She has just completed a solo show BE BE PRESENT at Souvenir Gallery in Victoria, BC. Melissa has also shown work at Magic Pony, Narwhal Art Projects, Lennox Contemporary, Switch Gallery, The OCAD Student Gallery, The Great Hall and Gibraltar Point Centre for the Arts, in addition to a two person show at Sur La Montagne in Berlin, Germany.
Melissa Fisher’s work is autobiographical, abstracting memory through installation art often using string, fabric, found objects and other mediums. Her installations often repeat past work, changing with each new space and highlighting the explorations of that transformation. Read about her work in the solo exhibition BE BE PRESENT here, by Stephanie Feilding. Melissa Fisher is a Toronto-based artist and keeps her studio at Gibraltar Point Centre for the Arts
www.melissa-fisher.com

Felix Kalmenson
Felix Kalmenson completed his Bachelor of Arts in Architecture in 2011 and is the recipient of the Emerging Artist Grant from the Toronto Arts Council in 2012. This is Felix’s second time showing work at XPACE, his first being Intersection in the Xbase project space, 2012. Felix has shown work through the Whippersnapper Gallery’s New Traditions residency, as well as having participated in group shows at the AGO, the MOCCA, Shudder Gallery (Vancouver), Aaran Gallery (Tehran), Art of the Danforth, Forgetus Collective, and Gallery 1313 among others. Along with upcoming exhibitions at Gallery 44, and Non-Fiction gallery in Savannah, Georgia, Felix is preparing for an upcoming artist residency at Z/KU Center for Art and Urbanistics in Berlin, Germany.

Felix works in a variety of media including; installation, film, photography, and collage, within public space, as well as, in the gallery setting. His work engages in conversations surrounding publicness, memory, myth and how these are mediated by complex social, economic, and urban landscapes. Felix Kalmenson is a Toronto based artist.
www.felixkalmenson.com
Zoe Solomon
Zoe Solomon studied at Emily Carr and completed her BA at NSCAD Interdisclipinary Studies with a focus on ceramics. Zoe is a Toronto based artist and a former board member of The White House Studio Project, an artist-run studio and gallery space in Toronto. It is Zoe’s first time showing work at XPACE. In the past she has shown work at Gallerywest, The White House Studio Project, The Khyber, Eyelevel Gallery, Ana Leonowens, CFAT and Double Double Land, and is involved with Double Double Land’s Life of a Craphead series as a collaborator. Zoe is a multi-disclipilary artist who also has a performance music project called Fresh Flesh. Read a review of Fresh Flesh here at Tome to the Weather Machine, or follow the link below to listen to her on Myspace.
Music project: Fresh Flesh
Janine Miedzik
Janine Miedzik received a BFA with distinction from OCAD University and works in Toronto Canada. She is the recipient of Anne K. Adler Award for Contemporary Art, the Curry’s Scholarship and the Relative Space Commission Prize. Miedzik’s practice articulates observations and responses to the built environment that encompass a range of media; drawing, painting wall-works photo-based collages installations and sculpture. Her work has been represented at Drabinsky Gallery in Toronto and been included in several group exhibitions in Canada and most recently in Berlin and Denmark at ARHUS Art Academy. In June 2012 Janine produced a large-scale commissioned wall-work for Relative Space in Toronto. Her work in held in corporate and private collections in Canada, the U.S, the Netherlands and U.A.E.
www.janinemiedzik.com
Kate Szabo
Kate Szabo is a recent graduated from the University of Guelph with a BA in Studio Art. Over the course of her time at UoG, Kate developed a practice that includes finding rejected objects and constructing fully functional musical instruments. With an interest in art that holds an interactive element, she encourages her audience to take part in the work and play with the instruments to create an experience unique to each viewer. Between the years of 2011 and 2012, Kate has displayed her work at a number of different occasion at the UoG including several groups show in Zavits Gallery as well as the Open Studio experience that the university holds annually along side the Shenkman Lecture. She also was involved in the University of Guelph, University of Waterloo art exchange where her work was displayed in the Artery Gallery in Kitchener in 2012. Currently, Kate is living in Guelph where she works in her studio producing work that she hopes to share at future shows.
Lisa Folkerson
Lisa Folkerson graduated from NSCAD with a BFA in Intermedia Studies in 2011. She has completed two solo exhibitions in Halifax at Anna Leonowens Gallery and Microgallery in 2011 and 2010.  Lisa has also shown work in group exhibitions at Eyelevel Gallery, The Khyber and Port Loggia Gallery, as well as the Mendel art Gallery in Saskatoon. She is a member of Eyelevel Gallery, the Khyber and Centre for Art Tapes in Halifax, NS.
www.lisafolkerson.com
http://vimeo.com/user6212341
CALLS FOR SUBMISSIONS / Residencies, Shows, Publications!
Spark Box Studio 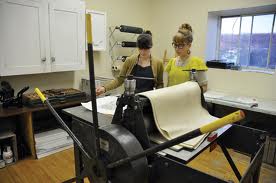 Today and tomorrow are the last two days to submit to Spark Box Studio’s Emerging Artist Residency Award!
Six emerging artists will recieve a one week/ 7 day residency in Prince Edward County. The selected
applicants will be given a semi-private studio space and given access to the Spark Box Studio equipment and resources, as well, winners will be provided with living accommodations for their week long stay. They will also have access to career guidance from owners Chrissy Poitras and Kyle Topping, along with, local community members.
The 2013 Winter Residency Award runs from February 1, 2013 to
April 30, 2013. Please be advised that the award is for 7
consecutive days.
To apply, visit their website:
http://sparkboxstudio.com/residencyaward/
They are also always accepting ongoing submissions for their residency programme.
Artscape Gibraltar Point
Thematic Residency Program 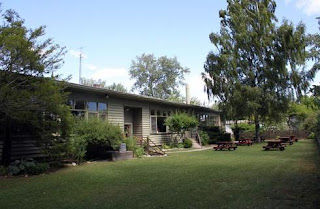 These two-week residencies offer artists the opportunity to work independently with the mentorship of a visiting professional artist, curator or critic working in international contemporary art.
Find out more on their website:
http://www.torontoartscape.org/residencies/upcoming-residencies
Klondike Institute of Art & Culture 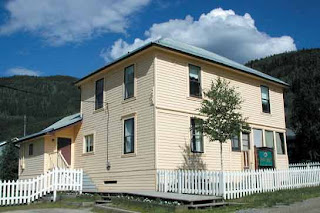 Dawson City, Yukon
Apply to the 2014 Residency Program. Includes two thematic residencies: The Film Festival Residency and The Natural and the Manufactured. Deadline April 1 2013.
Apply online here: http://www.kiac.ca/artistinresidence/apply/
918 Bathurst
918 Bathurst is accepting calls for submissions for two separate projects.
Today, From Yesterday and Tomorrow
Gallery 918 is calling out to all emerging/professional artists who demonstrate creative innovation with materials in the craft realm. Our intention is to expose a diverse variety of media/techniques that will link yesterday’s tradition to its contemporary context, and the artists who are taking craft skills
into the future.
The Darkroom
The Dark Room is a magical space where alchemy transforms photo paper into a tangible image from the depths of one’s imagination. This group exhibition brings together artists working with photography, who are testing the boundaries of analogue media and alternative processes in the digital age. This is an exhibition that will be juried twice: works that make it into the first round will be on display to the voting public at 918 Bauthurst for one day only – April 26. The public will vote for which pieces should move into the second round, which is a two-week exhibition in Gallery 918 from May 7-21. Popular vote will decide 50% of the show, while the  jury will select the remaining 50%.
All artists selected for the exhibition in the gallery will be eligible for awards provided by sponsors and partners. Presented at the closing reception, awards range in value from gift certificates to cash prizes to solo exhibitions in Toronto and London, Ontario.
To apply to either project or find out more visit: http://918bathurst.com/gallery-918/
221A Artist Run Centre, Vancouver BC
221A is seeking proposals from curators for projects to
commence in 2014.
Emerging and professional curators, curatorial collectives, which may include recent graduates and practicing artists, designers and architects, are encouraged to submit proposals to be developed over the course of one year. Projects may include exhibitions, performances, publications, talks or workshops. Proposals should discuss a viewpoint, theory or approach that the project hopes to foster in relation to the organization’s mandate.
Selected candidates will be expected to work with the Executive Director to research, plan and execute the project. International participants will be expected to attend meetings through online voice/video chat.
More information can be found here: http://221a.ca/call-2013-14/
Scarborough Arts – Big Art Book 2013
The Big Art Book is a digital anthology of writing & visual arts which will be launched online in April 2013. Now in its second year, the Big Art Book is a fresh assortment of creativity; an
invitation to make new connections; an opportunity to embrace new media and build upon traditional forms of artistic expression in Scarborough.
Deadline is Monday, March 4 2013
Apply Online at http://scarborougharts.com/2013/01/21/big/.